If you’ve known me for any amount of time, you know that I’m a pretty huge fan of board games.  Whenever we host almost anyone, the conversation almost inevitably turns to my giant cabinet filled with games.  What is it about games that I enjoy so much? Part of it is the mental challenge of identifying the best line of play is.  Another part is the fact that the options are limited. This is really important because it reduces the number of variables and decisions that you need to think about, and provides you with a framework that immediately and incrementally rewards you for those decisions.

Real life is much more complex, with many, many more choices, and the consequences or rewards of your choices are sometimes felt much, much later in life.  It’s much harder to decide on the “optimal” life choice, given that your feedback loop can be years long.  You also don’t get to start over with life.. no chance to play again.

I’ve seen many game players encounter something called “analysis paralysis”.  There are so many decisions to be made within the game that their brains stall out trying to figure out the results of every action.  It’s a wonder that people don’t face this every day.  Maybe it’s because they aren’t trying to find the best solution, but just want to get through the game.

I’ve seen those kinds of players too, and they are players that are just along for the ride.  They’ll do whatever people suggest, and just want to get the game over with. Others are more intentional in that they’re trying to get ahead.  Still others just want everyone to enjoy themselves!

There are different games for different people, and part of the trick is to identify the best game for the people that are playing.  I’ve discovered that my favourite type of game is a points-based simulation type game. I enjoy the mental challenge of trying to optimise my resources with math, and Agricola is one of my favourite examples of this kind of game. 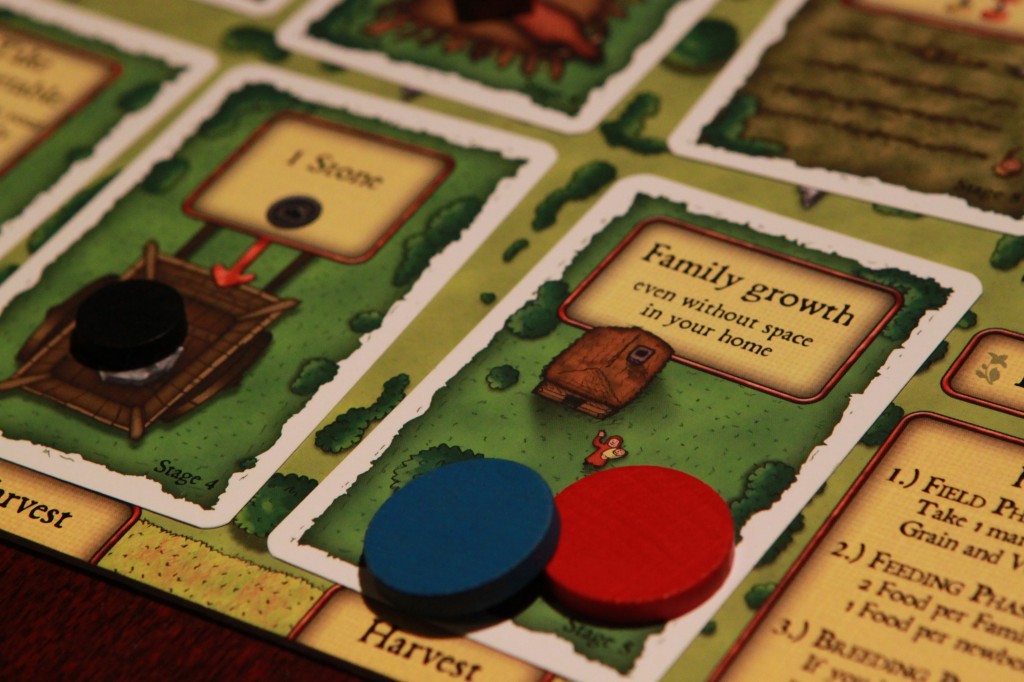 You play a farmer managing their farm, and you spend your turns building up your house and your fields, and harvesting during each harvest phase, until the end of the game, where whoever has made the best use of all the things that they’ve been given, wins!  It’s kind of like life, in a simplified kind of way.  Are you making the best of what you’ve been blessed with?  I know I could do better.  Sadly though, I don’t think I’ll have much time for games soon. We’ll see how I can manage the responsibility that I have been given.